In November 2012 the Canadian Institute for Military and Veteran Health Research (CIMVHR) hosted its third annual Forum in Kingston, Ontario. The event hosted over 450 participants including international delegates, military personnel, keynote speakers, veterans, industry stakeholders and over 25 universities from across the country.

The event began with a poster session where the Minister of National Defence, The Honourable Peter MacKay, addressed the attendees with an encouraging message that began with his recognition for all of the hard work and dedication that the researchers of CIMVHR have contributed to the well-being of military personnel, Veterans and their families.

As well, CIMVHR took the opportunity to celebrate the launch of their second collective, A New Coalition for a Challenging Battlefield; Military and Veteran Health Research, highlighting the top research presented at Forum 2011 and published by the Canadian Defence Academy Press. CIMVHR was pleased to announce that the 4th Annual Forum was going to be held in Edmonton, Alberta November 25-27, 2013. 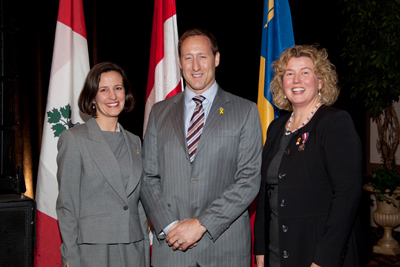