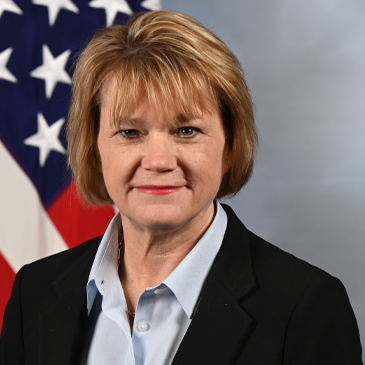 Mullen has spent nearly 30 years in or around military health. Prior to being named the Acting Assistant Secretary of Defense for Health Affairs in 2022, she served as the Chief Operating Officer of Martin, Blanck & Associates, a health care policy firm, with a focus in military health. She became Chief Operating Officer in January 2007, and was responsible for day-to-day operations, including management of client relations, and internal communications and external partnerships. At Martin, Blanck & Associates, she worked extensively military health issues, including on matters relating to both the direct care and purchased care systems.

Mullen graduated with a Bachelor of Arts from the University of Virginia in 1984. From 1985 to 1993, she served in the House of Representatives in a variety of roles. She spent three years as a professional staff member on the House Armed Services Committee.

From 1996 to 1998, Mullen was the Director of the Department of Defense’s TRICARE Management Activity’s Aurora Field Office. In this role as the Head of Contracting Activity (HCA), she managed TRICARE’s contracting activities, as well as approximately 350 personnel in TRICARE’s Colorado and
Washington, D.C. contracting offices.

From 1999 to 2001, Mullen served as the Director of Federal Government Relations for the Salt Lake Organizing Committee for the Olympic Winter Games of 2002. She worked daily with the White House Task Force for the Olympics in securing appropriations for the 2002 Olympic Games and all aspects of government relations at the federal and state level. From 2001 to 2004, she provided program consulting services to the TRICARE Management Activity (TMA) in support of the TRICARE Next Generation (T-Nex) contracts for managed care services, which represented $32 billion in federal healthcare contracting.

Mullen has two daughters. She served as a member of the Virginia Medical Reserve Corps during the COVID-19 pandemic. She is a recipient of the Department of Defense Outstanding Public Service Award.